Thank you for contacting us!

We'll reach out to you as soon as we can.

Tyrepower Bairnsdale is open and working to ensure our customer and staff safety during the COVID-19 pandemic. Find out more 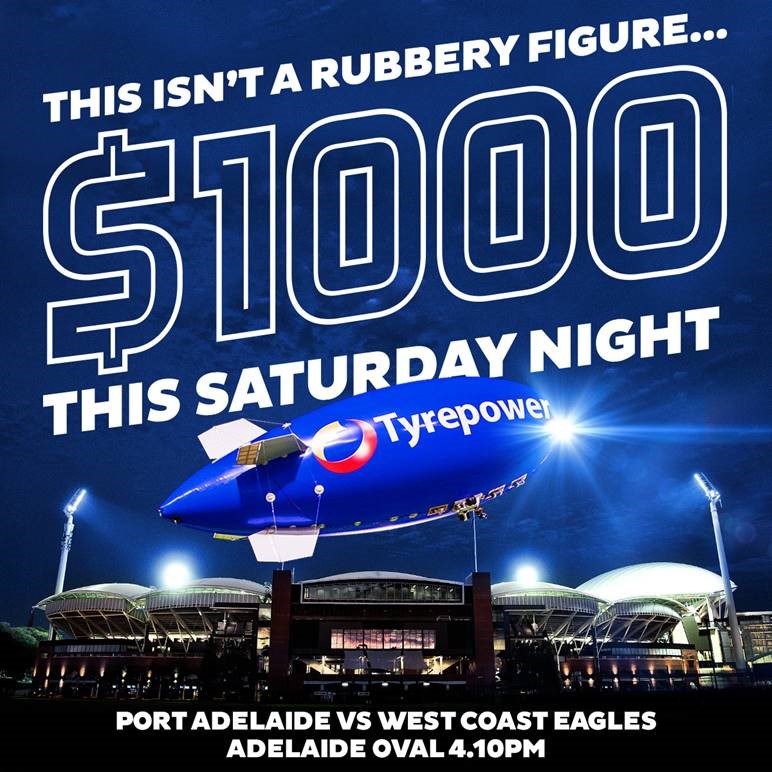 Tyrepower has joined Port Adelaide as a new principal partner on a three-year deal and is giving away $1000 at four home games in 2016 using the Tyrepower Cash Blimp.

Starting at Saturday’s game against West Coast at the Adelaide Oval, the Tyrepower Cash Blimp will pan across the crowd and select one lucky fan to win one-grand in cash before the opening bounce.

The Tyrepower Cash Blimp will again appear before the Power’s games against Richmond, Hawthorn and the Adelaide Crows in Showdown 41

Thank you for contacting us!

We'll reach out to you as soon as we can.